My Tribute To Serhii Krutsenko 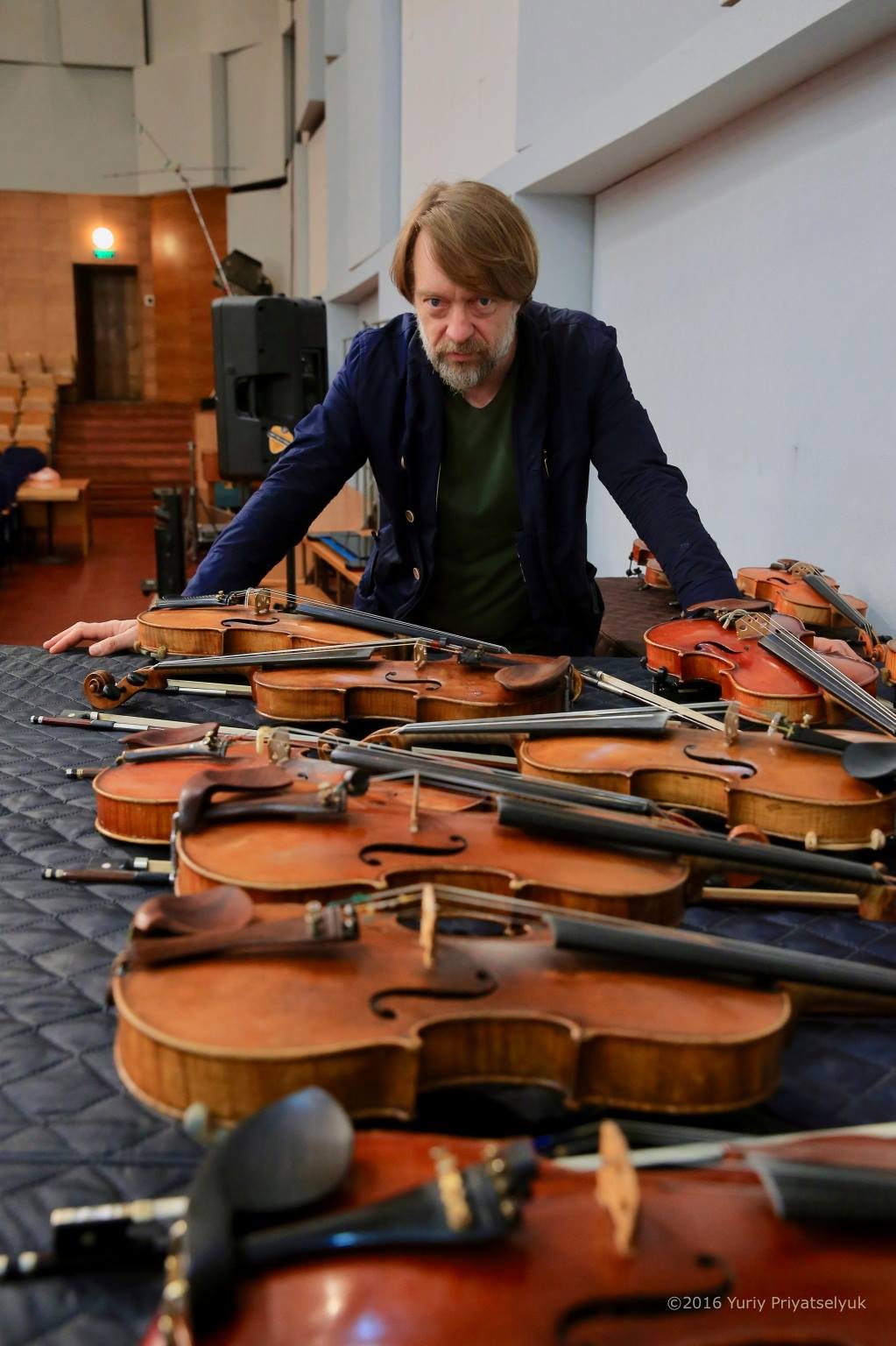 On January 7, 2023, Orthodox Christmas in Ukraine, my dear friend and mentor, Serhii Krutsenko, passed away quietly while working at his computer in his Director’s Chair. His passing leaves a hole in my heart and the world less enriched.

Serhii was a father, concert musician, composer, music producer, conductor, film director, multi-instrumentalist, mystic, and poet, and he was not just good at all of those endeavors, but he was brilliant, a genius who lived every day on a plane higher than most mortal men.

I am a Ukrainian-American musician and singer who was blessed by the presence of Serhii in my life over the past seven years. I would not be where I am today without his love, patience, direction and inspiration. For the past ten years, I have been writing and recording my original music and sharing it with friends and family in the USA and Ukraine. One friend in Ukraine was so impressed with my music that he decided to play some of the songs for his long-time colleague and friend, Serhii Krutsenko. Serhii too heard something special and so, in 2017, he invited me to Ukraine to record some songs and film some videos. And over the next several years, I flew to Kyiv a number of times and filmed four videos—Lobotomy, We Are The Promise, Masterpiece, and American Guns.

My experiences with Serhii have left an indelible mark on me forever. He was such a believer in me and my music that it became infectious. He pushed me out of my comfort zone and kept telling me to do better. He was firm yet kind on the set, and I remember one time when I was frustrated and he came from behind the camera, kissed me on the top of my head, and said, “you can do this.” And I did, because he believed in me and saw what I could not see.

Serhii had no concept of time, at least when time got in the way of perfection. He literally spent thousands of hours and years of his life on my four songs and videos. I once joked to him that I would be old and grey before he released my music, and his only response, was – “but the music will be perfect.” And we did release Lobotomy and American Guns in 2020, and they quickly racked up over a million views and streams. Masterpiece followed the next year to wild acclaim. But Serhii was not done with We Are The Promise, which he felt was the high point, the defining moment of his career. He not only produced the song, but composed and directed the orchestration, which was played by the Kyiv Radio Symphony Orchestra. He wrote the screenplay for the video, about a dystopian society that bans music and kills musicians. And he directed the video on a grand scale at an old Soviet prison camp, a thousand-year-old castle, and all around Kyiv. I ran for miles in the chase scenes and raced through the streets of Kyiv on a motorcycle. When it came time for mixing the song, Serhii went through six different mixers and mixes before he was finally satisfied with Grammy winner, Liam Nolan. He said that the song is an anthem not only for Ukraine but for the entire free world. Because the song and video are metaphors for the current war against Ukraine, he wanted to release them on the one year anniversary of the war, and he was working on final edits when he passed.

Serhii saw his work with me as a crusade. He saw my music as something important, mystical and timeless. Years before the war, he saw my music as prescient, as both a warning and as a beacon of hope. He always said that music, film and art can change the world and move it to a better place as long as it is created, written and produced with emotion and feeling, and that is what he saw in my music. I am forever grateful for Serhii, for his constant belief in me, for his inspiration, for his mentorship, and for his love, which he radiated like a million suns.

Serhii was a spiritual being, easily crossing planes of consciousness like normal people cross the street. Now he has crossed out of his physical body, but he has not left me or the world. He will always be a part of me, my music, my life, and my legacy. He will live on in my music and my art. He will always be with me in heart and spirit. And most importantly, I know that Serhii will forever be my guardian angel, guiding me, protecting me, and helping me to change the world for the better.

Thank you Serhii, for being you, for believing in me, and for leaving an indelible imprint on some many lives.

On January 7, 2023, Orthodox Christmas in Ukraine, my dear friend and mentor, Serhii Krutsenko, passed away quietly while working at his computer in his Director’s Chair. His passing leaves a hole in my heart and the world less enriched. Serhii was a father, concert musician, composer, music producer, conductor, ...