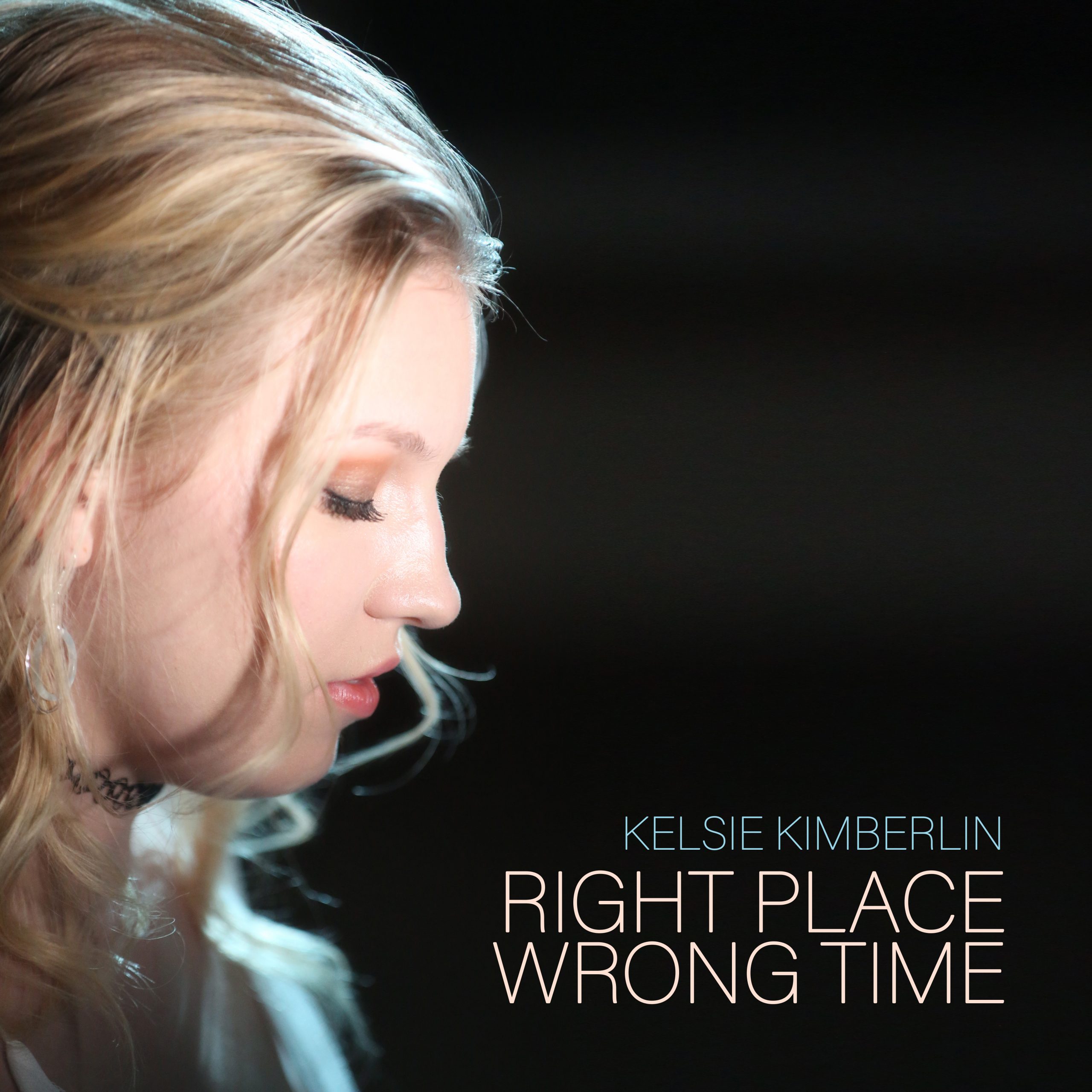 There’s an emptiness in my chest from a love I used to possess, a voice inside of my head that never rests…” Solo-artist Kelsie Kimberlin has tapped right into the purest vein of heartbreak with excruciating accuracy, revealing just how incredibly hard a breakup can truly be on the mind in the aftermath of love.
Officially being released on September 20th, Kelsie’s brand-new single “Right Place Wrong Time” is set to take over screens and speakers around the globe with gripping sincerity on display from sight to sound. In a bold examination of the devastation love can leave in its wake, and how quickly it can turn hearts and minds from being united together, to becoming a relationship no longer possible to navigate in tandem – “Right Place Wrong Time” embraces the pain and isolation, turning tragedy into real art in the process. From the grim reality of being alone, to crippling emotional depression, to the everlasting effect of toxic relationships and the ghosts the people we love in life leave behind permanently to walk the halls of our mind forever – Kelsie has created both the anthem for the heartbroken and the means to rebuild through a powerful sensory experience that cuts right to the bone with its insightfully evocative vibes and lyricism.

Kelsie’s entire catalog of music to date speaks volumes on behalf of her fearless honesty and a connection with her audience that is authentically unlike most other artsts. Gifted with an extraordinary ability to sing her words with emotional honesty, bringing listeners into an entire realm of music that dares to be as open, transparent, and expressive as possible in a genuine effort to provide comfort and catharsis to the masses – she’s a natural healer, a born leader, and an artist with the courage required to make material and music that matters. Far beyond any kind of typical song or fleeting moment – Kelsie’s latest single is designed to haunt the heart, challenge the mind, and boldly examine how utterly fragile the love we share can be.

Fueled by purpose and passion inside a hybrid blend of ethereal and atmospheric vibes that has the young artist sounding more spectacular and spellbinding than ever before in her mesmerizing new single/video; Kelsie seamlessly merges the pure depth of her signature Pop style, with a chilled-out modern-day Trap approach that’s as relatable as it is real, and speaks straight to the heart. As beautifully enchanting as it is seriously thought-provoking, “Right Place Wrong Time” is a brilliant reveal of the true subtle intensity within Kelsie’s songwriting, and it’s full proof of how completely effective and surgically precise she can be when digging into her darkest thoughts, feelings, and emotions. By immersing herself into every syllable she sings and every scene she stars in, Kelsie connects to her audience & listeners all over the world on a universal level understood by everyone at the core of their soul, she’s sparking the kind of conversations that lead to meaningful change & brighter days ahead. From its heartbreaking concept, to the radiant way she performs “Right Place Wrong Time” – Kelsie is at her 100% undeniable best by every definition, and ready to stun the entire music scene with a single that can’t help but take her to the next level.

There’s an emptiness in my chest from a love I used to possess, a voice inside of my head that never rests…” Solo-artist Kelsie Kimberlin has tapped right into the purest vein of heartbreak with excruciating accuracy, revealing just how incredibly hard a breakup can truly be on the mind ...