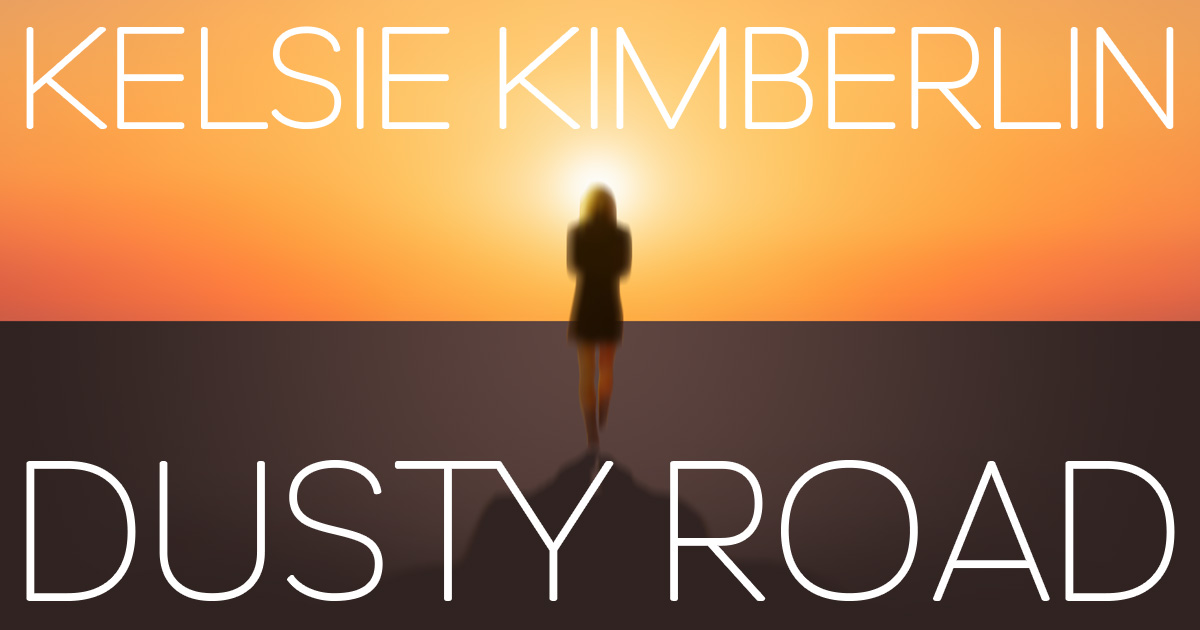 For those that have been following the new music being created by singer/songwriter Kelsie Kimberlin, you’re well familiar with her vividly poetic style, versatile sound, and extraordinary degree of insightful awareness that she brings to each unique single she’s released along the way. From the incredible irony and satire she dove into with “American Guns” last year, to the exquisite beauty explored in her recent environmentally-conscious single “Masterpiece,” or her altruistically ambitious anthem “Bring Together” promoting light, love & unity – Kelsie has proven to put genuine thought behind every syllable she sings.

In diving deep into her own personal experiences with relationships that have run their course and those that she’s had to leave behind along the way in order to break free and become the confident artist and empowered voice in the music scene she is today, Kelsie created a powerful new song with mellow and haunting vibes that echo & reflect upon the sheer chasm of distance in her journey between her past & present. “Dusty Road” is a moody & melancholic single filled with relatable wisdom that emphasizes the true importance of moving on; and that no matter how tough it may seem, you’ll be better for doing so.

As Kelsie walks along the “Dusty Road” in her brand-new video, you’ll visibly see in her expressions that the freedom waiting for us all on the other side of the shadows of our past is as blissful as it is beautiful. Drifting through a hybrid mix of stunning ethereal sound that seamlessly blends Dream Pop and Trip Hop through an all-encompassing atmosphere that reveals how our past continually surrounds us, yet proves that it doesn’t ever have to be the dominant factor of what defines us today, or in our futures to follow. Kelsie has been making remarkable strides forward in her life & career as an artist, unafraid to leave the past behind her, but also empathetic & understanding of the fact it has all helped shape who she is now.

While the pursuit of our passions can so often be isolating, forcing us to walk alone on the “Dusty Road” towards our dreams – Kelsie’s new single is also a powerful statement on self-love, and never giving up. “Dusty Road” is a testament to trailblazers like Kelsie who fearlessly go their own way, knowing that the price we pay for staying true to ourselves, will quite often result in the expense of those that don’t – and that that’s okay. With hypnotic vibes & comforting melody, and an equally inviting concept & sound – “Dusty Road” has Kelsie Kimberlin at her inspired & mesmerizing best, fueled by the spirit of her desire, & ready to take on the future with resounding confidence, unbreakable character, and real authenticity.

Officially released on all major online music platforms on August 16th, including the brand-new video supporting “Dusty Road” that shines a light on just how far she’s come already, and how far she’ll go – join Kelsie Kimberlin as she continues to surge within another totally groundbreaking year of her career.

For those that have been following the new music being created by singer/songwriter Kelsie Kimberlin, you’re well familiar with her vividly poetic style, versatile sound, and extraordinary degree of insightful awareness that she brings to each unique single she’s released along the way. From the incredible irony and satire she ...