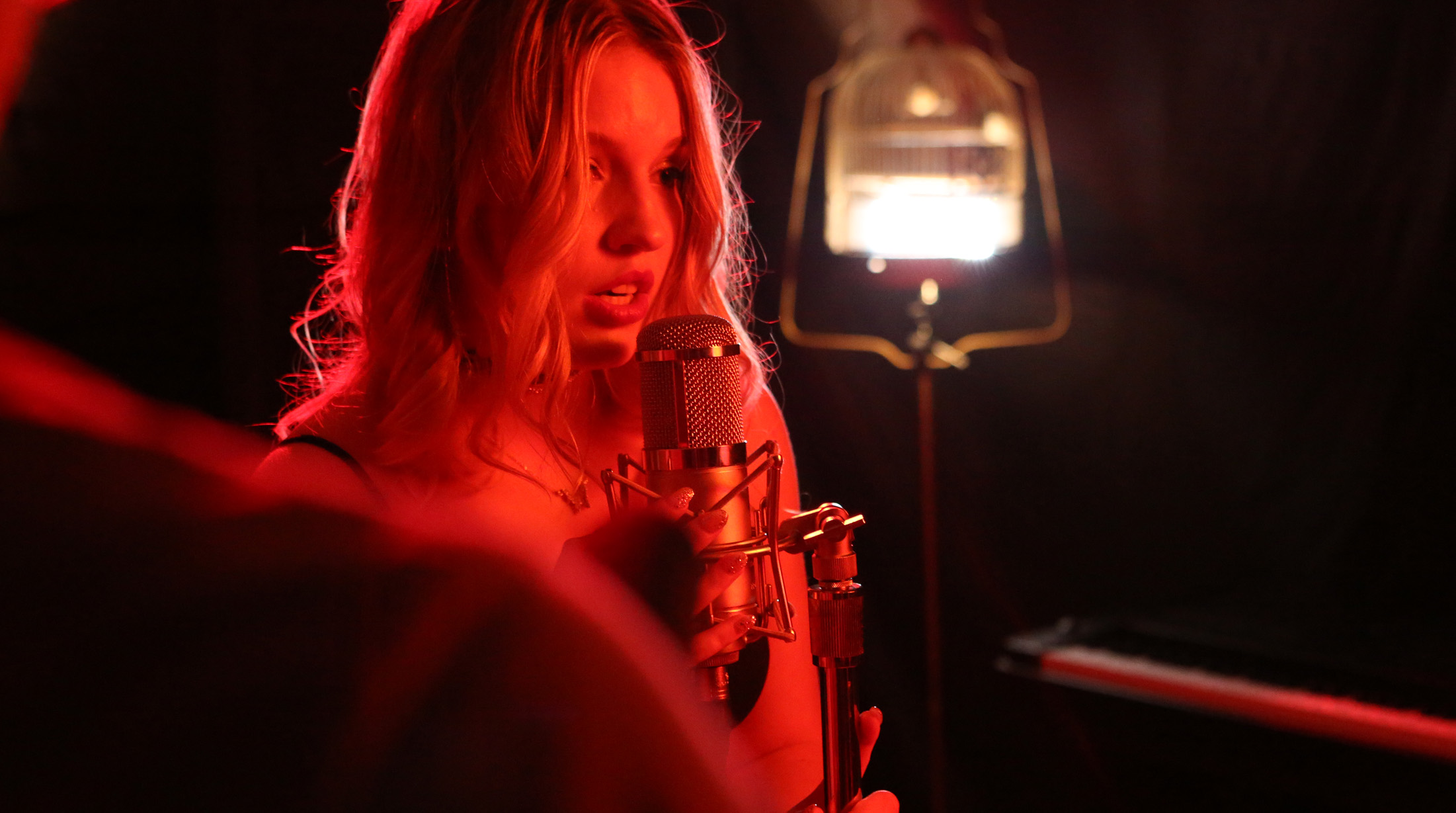 Kelsie Kimberlin has never shied away from taking on the most important issues collectively facing the world we share. From bold personal battles and experiences to universally relatable struggles, she’s built her music career around songs with substance and the courage to speak up where others wouldn’t dare. Returning early in 2022 with a brand-new single called “It’s Not The Time,” Kelsie has created a real love letter to the lonely and a poignant reflection on the harsh effects of the isolated times we’re living in now. Although the song was originally written about a loved one’s depression, it is equally applicable to Russia’s unjust war against Ukraine which has caused people all over the world to feel confused, anxious, and isolated, while at the same time, hopeful.
A powerfully expressive single with a brand-new cinematic video to support it, “It’s Not The Time” is an insightfully grounded song that reveals the pain of being so close, yet so far away from the ones we love. Emphasized through the visuals created for the video, Kelsie is on one side of a glass wall, isolated in the studio, while love pounds on the partition between them in a futile attempt to break through – the dark and mysterious filming becomes a perfect pairing for the moody mix of melody that Kimberlin has written. “It’s Not The Time” is as metaphorical onscreen as it is literal through her lyricism and the evocative way that she sings; in combining all these elements together as one, Kelsie has tapped directly into one of her most undeniably thought-provoking songs she’s written in her catalog to-date, that makes everyone question and second guess what side of the glass they’re actually standing on. From gripping depression to pure heartbreak, to desires, hopes and dreams still unfulfilled, Kelsie is temporarily trapped within the paralyzing sadness afflicting the world-at-large like so many are around the globe, but she’s never found without her optimism and her fierce determination to make our tomorrows better than today. Born to be a consistent light in the darkness, by opening up and revealing her strength in being vulnerable, Kelsie has inspired countless listeners to live their own truths out loud, and fearlessly embrace who they truly are.

Kelsie’s new single infuses her sensational Dark-Pop vibes with her signature angelic and dreamy vocals, emotionally devastating lyrics, and a relentless spark of hope that burns even brighter. A monumental moment in time that echoes the distance that everyone is experiencing together no matter how far they may be apart, and a song that fully encourages one & all to hang on for those better days to come – the conviction in Kelsie’s vocals, the vivid imagery of her words, and her entire body of work speaks volumes on behalf her determination and how she’s capable of leading the way to restoring the unity between us. “It’s Not The Time” is designed for soulful healing; an exquisite anthem of compassion, and another true milestone in Kimberlin’s career as she sets up to surge throughout 2022 with her brand-new video/song. “It’s Not The Time” is the reminder that the world needs right now to know that no matter how far apart we might ever be, we’re never alone – and it’s available on all major music platforms online, March 1st.

I Am Ukrainian-American, And All Citizens Of The Free World Must Now Be Ukrainian

Kelsie Kimberlin has never shied away from taking on the most important issues collectively facing the world we share. From bold personal battles and experiences to universally relatable struggles, she’s built her music career around songs with substance and the courage to speak up where others wouldn’t dare. Returning early in ...