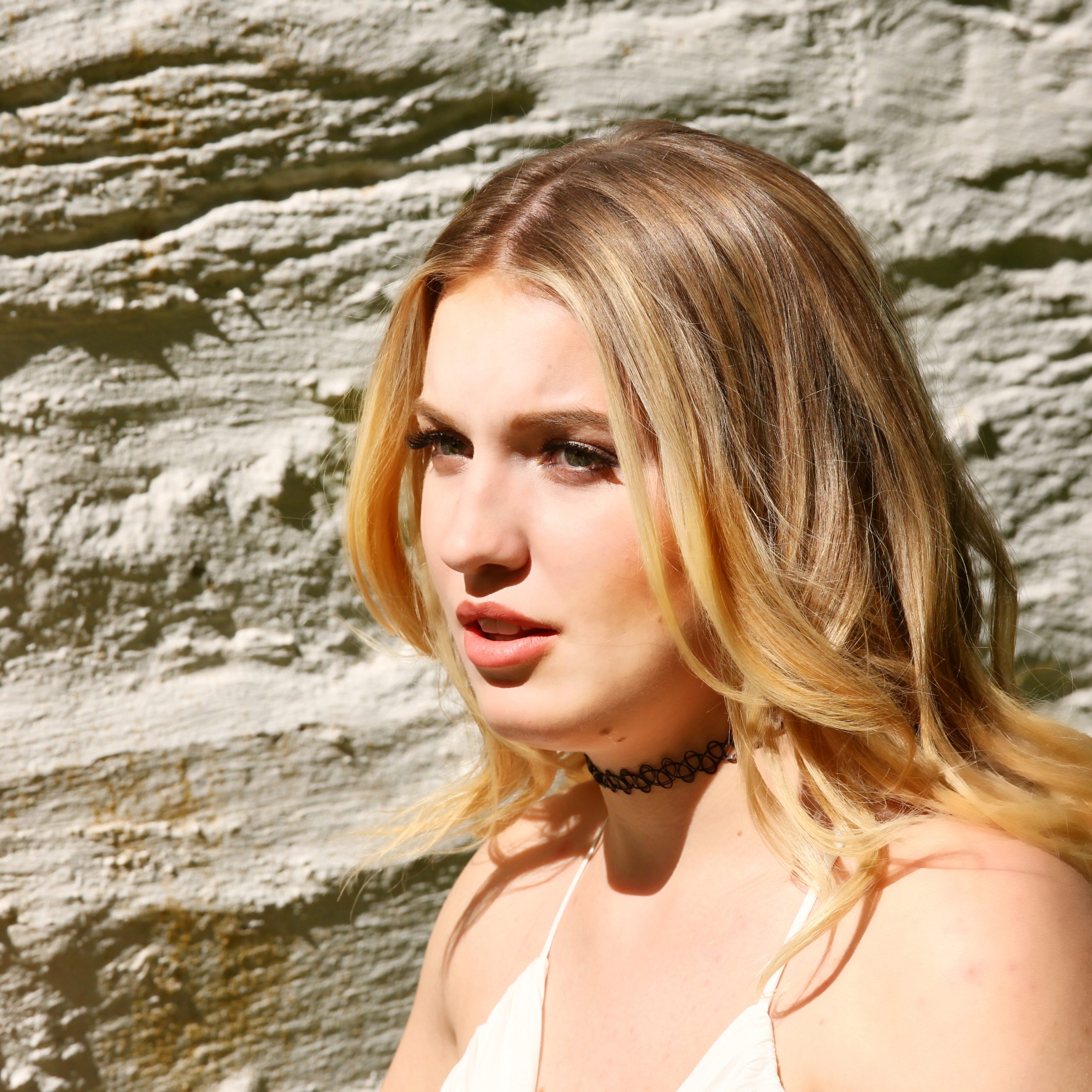 Kelsie Kimberlin is a 22-year-old American musician and singer. Her work is not only accessible and entertaining but also steeped with important social themes and dual meanings underscoring her deep understanding of the power of creative music to evoke change. From an early age, Kelsie immersed herself in music, singing in choirs, participating in Yoko Ono’s Peace Project, and spending much of her childhood in music studios working on an endless stream of original songs. She participates in every aspect of her art — writing, recording, performing, and filming her videos.

Kelsie is not afraid to speak openly about the problems affecting all of humanity. In “Lobotomy,” she sings about the willingness of people to give up critical thinking for a demagogue; in “American Guns,” she makes a stinging rebuke of America’s obsession with weapons of war to kill fellow Americans; and in “Masterpiece,” like an enchanting siren, she lures everyone to embrace the beauty inside them, and to extend that self-love to the entire globe. Despite the social awareness and powerful messages of some of her recent songs, Kelsie’s sentimental and emotional performances about love (“Hazy Day”) and loss (“Dusty Road”) demonstrate that she is able to bring her authenticity to any song.

“Right now, the world is going through cataclysmic and historic changes that are affecting every person on the planet. How we respond to them will determine the fate of life on earth for future generations. I want to use my music to shine light on some of these issues and give people hope that together we can unite in our humanity for the common good.“

Kelsie has released six videos over the past year and has built her own audience and an army of fans. Her videos have millions of views on YouTube, and her songs have been streamed millions of times and heard on hundreds of radio stations across the world with each song receiving more radio play. After her song “Bring Together” was released in May, it stayed on the Top 50 Shazam Charts in many cities for over a month, and in the top 20 Rock Radio Chart elsewhere for two months. Radio promoter Roman­­­ Kalmuk noted this incredible achievement—“Kelsie has done what very few independent artists have by outlasting Coldplay on our radio charts. We are very excited about her future releases.”

Multi-Grammy winner Michael Brauer, who has been working with Kelsie since January, recently said, “I really enjoy mixing Kelsie’s music! Her voice is beautiful, emotional and I believe the story she’s singing about. The musicianship and productions are amazing too. I expect her to go all the way, she’s the real deal.“

When COVID hit, famed music legend Danny Goldberg urged Kelsie to start releasing her music during the pandemic, and, following the release of “Masterpiece,” sent her an autographed copy of his new book, “Serving the Servant,” about his relationship with Kurt Cobain, congratulating her for her incredible work.

Famed music producer Vasyl Tkach has this to say about Kelsie: “Kelsie’s songs are deeply emotional in a serious way. Even when she sings about love there’s a strong implication in her lyrics that makes you listen to her music over and over again in an attempt to imbrace all this imagery.”,

One of Kelsie’s enduring qualities is her authenticity. “I am who I am, whether on a film set or hanging out with my family. So is my music. A perfectly retouched world doesn’t really exist. Sometimes I may be more lyrical and melodic, and sometimes I may speak loudly about my feelings and experiences. But the more openly I face the day, the easier it is to decide what to do to make my tomorrow better than my today.”

Kelsie travels extensively, loves all of her 15 animals, and fearlessly shares her views about social injustices. “If I see that I can influence something or someone by sharing relevant information with others, I will do it, whether in my music, online or in my daily life. The only way we can make things better is to speak up, get off the couch and do something positive.”